There are three reasons for why 2017 is prime time to buy in London. Firstly, currency fluctuations have made London property much cheaper for euro, dollar and renminbi buyers. Secondly, there’s strong growth in rental demand and the trend is set to continue. Finally, prime developers are open to doing deals especially in London prime areas. In all, this is the time to strike and get your dream home in the best city of the world.

1. Favourable currency exchange rates make London property particularly attractive to international buyers right now. With pound sterling plummeting to 31 year low against the dollar in 2016, the spending power of dollar buyers is up 11% on currency play alone. If the falling house prices are taken into account as well, an effective dollar discount between Dec 2015 and Dec 2016 is about 22%, according to Knight Frank. The Financial Times reports that a six-bedroom house in Chelsea worked out 25% cheaper for a dollar buyer in January 2017 compared to April 2016. 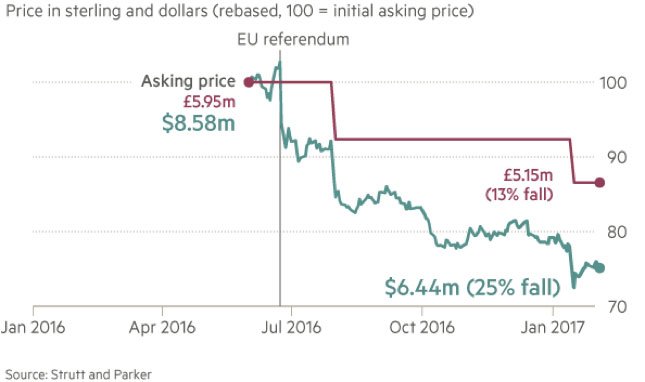 2. Rental demand, on the other hand, is up. So if you are looking to buy and let your property, the surge in lettings guarantees a steady yield on your investment. In all, 14% more properties were let in Q4 2016 compared to Q4 2015. Zooming in closer, volume of lettings increased by 8% in prime central London and 23% in prime fringe. Additionally, a survey of letting agents revealed their confidence in the letting market with 42% expecting an increased tenant demand in 2017.Moreover, the demand for high quality long-term lets is here to stay, which is driven by changing lifestyle choices and spending patterns of young professionals. PWC, an accountancy, estimates that in less than 10 years time, half of those aged between 20 and 40 will be renting, making up additional 1.8 million private renting households in the UK. 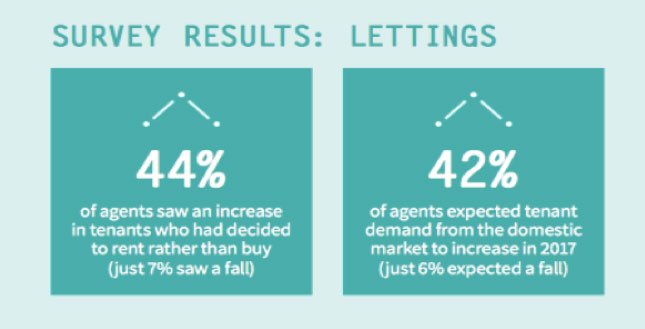 3. Fall in London property prices are the result of post Brexit vote uncertainty, changes in stamp duty on prime properties and changes to non-dom rules. According to the latest research by LonRes, property data publisher, half of all houses sold in London in Q4 last year have been reduced in price before finding a buyer. On average, asking prices are down 10% in prime Central London. So, prime developers are enticing buyers with an array of attractive pricing options- from buy to lease schemes, to stamp duty contributions to guaranteed returns for several years.

In all, this makes London residential property market extremely attractive in 2017. With growing demand for long-term lettings, great discounts on asking prices and favorable currency movements, this is the perfect buyers market situation to take advantage of.

However, not all property is equally good in terms of letting potential and capital appreciation (and we’ll talk about that in the next post). Additionally, with uncertainty circling around Europe’s political future, London’s property could reignite its safe haven status and the prices would take a steady upward climb once again. Don’t miss out.