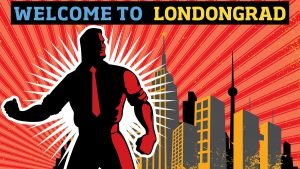 Despite worsening relations between Russia and the UK, Russians are still investing in London – and they are not all oligarchs splashing ‘dirty’ cash, reports Emanuele Midolo

Between 2007 and 2014, Russian investors gobbled up UK real estate at a staggering rate of knots. Data from JLL estimates that in early 2014 almost 10% of all money spent in property in London was Russian. In the luxury residential market, numbers were even higher. According to Knight Frank, more than 20% of London homes with asking prices in excess of £10m were purchased by Russians.

The greatest room for optimism is in the commercial sector, which to date has not attracted a lot of attention from Russian investors. The entry point for many Russians investing in the UK is often a second home.

Newcomers to the market often go through the same cycle. Last month, a private Russian investor snapped up a student accommodation block in Birmingham for £10.6m (AZ Real Estate advised on the deal). The buyer started out with four flats in London, worth around £6m.

“It was a good investment but the returns were not very high,” says Zotimova. “He wanted to have more impact, so his next mandate was for a commercial asset.”

Vladimir Ashurkov emphasised towards the end of the tour: “Russia is not just the oligarchs. There is a small corrupt elite at the top of the Russian state. Most ordinary Russians just want what everybody else wants; they want less corruption and a better deal.”