PrimeResi: The spotlight is on Russian money, but don’t let the few spoil it for the many

As MPs prepare to debate new sanctions legislation in the Commons next week, acquisition specialist Alisa Zotimova summarises the current mood amongst Russian buyers in the capital, arguing that whilst a clampdown on the small number of unscrupulous oligarchs is long overdue, hardworking people with nothing to hide should not become scrutinised to the extent where they feel unwelcome…

As diplomatic tensions continue to escalate, the spotlight is firmly upon Russians in the capital. While the current climate creates an added layer of scrutiny upon those looking to enter or remain part of the London property market, the truth is that the obstacles have been growing for the last few years now. The good news? Things haven’t ground to a halt – and the few do not represent the many. 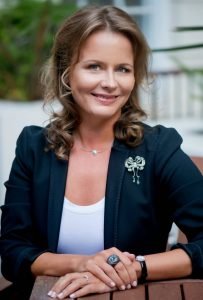 London is, to many the de-facto capital of the globe. A relatively stable political and legal system, strong economy and vibrant multicultural offering makes it a prudent option for people from all over the world. Russians have found it particularly attractive, with London’s prime postcodes still the first port of call for those making the move from the East. The opportunity to send their children to some of the world’s finest educational establishments remains one of the primary pull factors; we have seen two clients in quick succession hold very specific rental requests: high end three bedroom apartments in Belgravia and Holland Park – with both families ‘following the kids’, whom are now on the roll call of some outstanding schools. What is interesting is that they are choosing to rent as a first step before committing to buying here, demonstrating a maturity and flexibility in their property investment search that hadn’t typically been associated with Russian buyers when they first began to purchase in the capital some years ago.

That isn’t to say that those entering the market don’t face their challenges. The introduction of the Unexplained Wealth Order has rightly taken shape to clamp down on a number of unscrupulous Russian (or in fact any other foreign or home-grown) oligarchs who use London property to conceal illicit income. Yet we must be careful to ensure that every day Russians with nothing to hide do not become scrutinised to the extent where they begin to feel unwelcome, or where those seeking investment opportunities find their ability to do so compromised by this context.

Meanwhile, burdensome changes to stamp duty land tax over the last few years, has for many Russians made entrance into the London market less financially sensible than it once was, while those hunting portfolio expansion are hit by buy-to-let surcharges. It is all too easy to forget that the capital’s former Soviet states population is not comprised exclusively of Ultra High Net Worth Individuals who can happily throw money away, they in fact form a minority – and it’s the hard-working vast majority who experience the same financial strain as that of many Londoners residing or looking to reside in Prime Central London.

For now, the topic of Brexit looks to have taken a back seat in the wake of the British and Russian diplomatic crisis, but its ability to penetrate the London market, both in the short and long term, won’t be ignored. The aforementioned political and economic stability of the UK has always been a principal attraction for foreign investors from less stable countries, yet it is this stability that is being questioned for the first time in quite some years.

But fear not. Despite these hurdles and testing times, most Russians in or considering London will remain concerned but not worried. Despite their rising interest in the U.S, Germany or property investment in countries where such investment is linked to a favourable immigration status – such as Cyprus, Portugal, St Kitts or Dominica, Russians will always see London as ‘the’ inherently attractive residential and investment destination. Interestingly, we are now seeing a new wave of younger Russians who are twice as keen to prove themselves on their own merits, stepping away from family heritage and the associated head start it can bring. This demographic is open to new ideas, straying away from traditional central, west and south western haunts, looking east to areas like Islington and Dalston that offer a more buzzy, vibrant outlook.

London’s quality of life, rich cultural offering and investment opportunities will remain uncontested in the eyes of many hopping on a west-bound plane.

Read the full article: The spotlight is on Russian money, but don’t let the few spoil it for the many